This Mille Miglia eligible Abarth was commissioned by Camillo Livi, the owner of the famous hotel Villa D’Este, that wanted a more light and slender 1400 to be more competitive in the street races and in the Gran Turismo category. It was Ovidio Capelli that raced with Gerli in the Mille Miglia of 1952 with a car like this. The bodywork is made by Touring and specially designed for the Mille Miglia (aluminium body: superleggera). It is the only surviving car that still exists, and it is believed that only four cars once were made.

The car has a lot of history files and is described many times. Carrozzeria Touring has confirmed is authenticity and Giovanni Bianchi Anderloni has put his name in the roof of the car, when is was showed at the Concours Elegance at the Royal Palace Het Loo. The car is produced in 1951, very rare, but it drives fast because the engine was upgraded by Carlo Abarth. It has done the Mille Miglia in 1987, 2014, 2017, 2018 and 2019. It will be there in the future years and with this original car you have to be in it. The car has a large history file and will be in the book of Sandro Binelli’s “Masterpieces”. 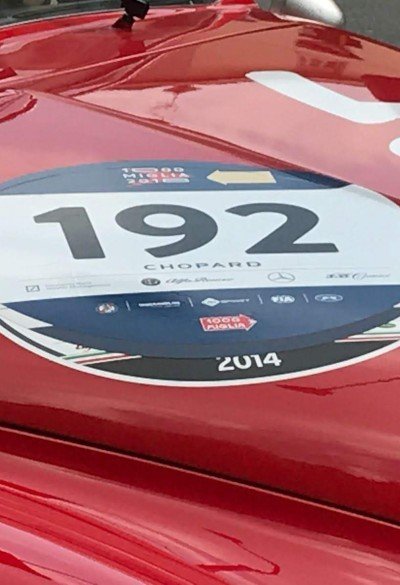 Want to see more images of this car, visit the photo album

Click on the start button to see a great video from Petrolicious: Mille Miglia memories, at 1:40 there is even a glimp of our Abarth Fiat 1400 Berlinetta Touring: 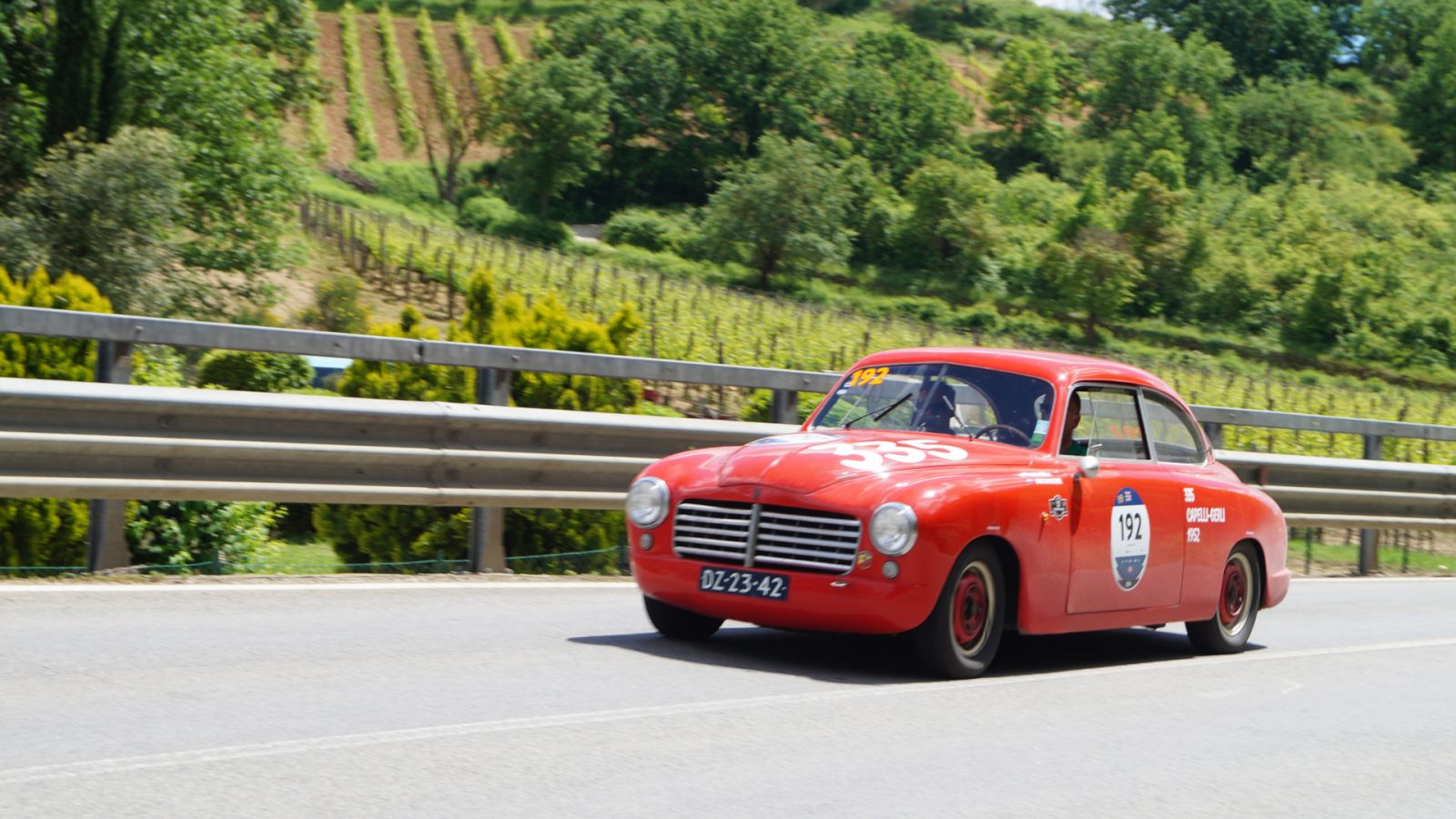