Buying the forest for the TREE

Late last year, I received an email from a gentleman whose father was in failing health. He asked if I was interested in buying a small collection. I asked for more information, and he sent me the inventory.

The list of 14 vehicles included classic Packards, Pierces and Cadillacs, but also a few American cars from the ’50s and ’60s, a 1920 Mack and a 1939 Diamond T truck. I was unprepared for the two-liter 1929 Itala Tipo 61 roadster.

When the photos arrived, I went nuts. I did my research and discovered that in 1928 four Italas had run the Mille Miglia, and one had finished 4th overall.

For years I’d been looking for a car eligible to run in the Mille Miglia retrospective; I knew that the organizers would jump at having this Itala.

I flew to Illinois to look at the cars. After seeing the whole collection, I explained that I was only interested in the Itala. The family wasn’t prepared to sell the cars individually, so I opted to pass on the collection. But I never gave up, and we stayed in touch weekly.

Finally, I made an offer on the Itala. They responded with a price for the entire collection. I thought about it for eight months, and we went back and forth before finally reaching an agreement. In addition to the Itala, I wanted to keep a ’48 Cadillac, which left me a dozen vehicles to sell. I had to get all of them running and one prepped to auction at Scottsdale, two at Amelia Island and another six for Spring Auburn. That leaves me just three more to sell. 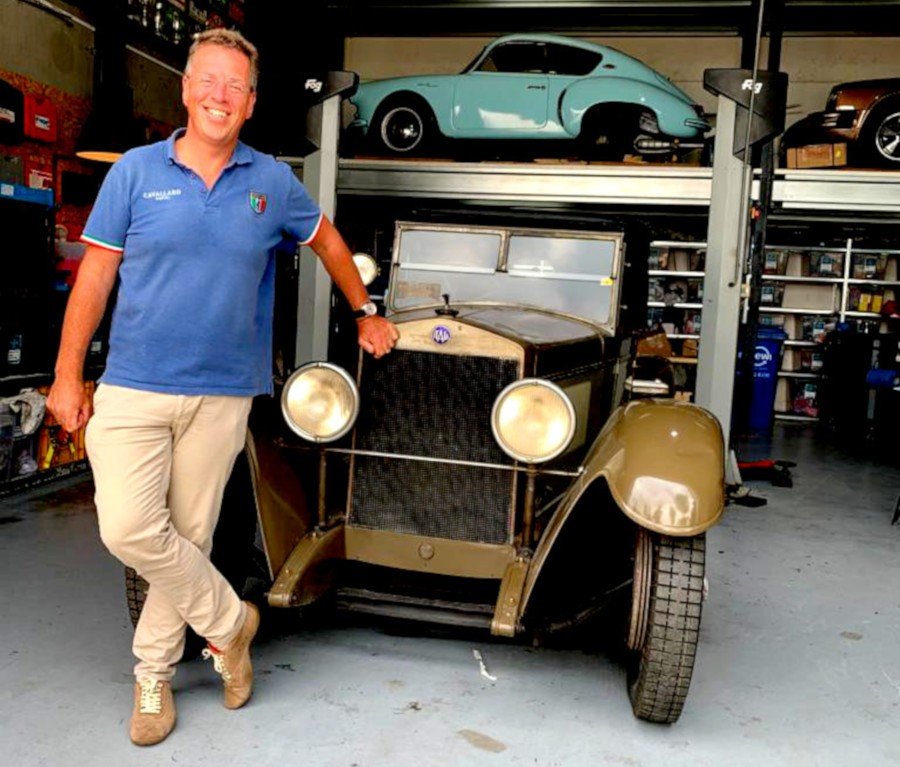 When parked, the Itala had been a great-running car with a rebuilt engine, about half its original paint and its original interior and top. After sitting, it needed tires, brakes and a major service.

It was accepted to the Mille Miglia, and to get it ready for May we went through the entire car before we road-tested it extensively. We even replaced the interior and top while preserving the originals. The day it was being loaded into the container to go to Italy, I took it for one last short drive to my house to get its license plate. The oil pump failed. With no time to rebuild the pump, I had to withdraw the entry.

We’ll rebuild the engine, replace the oil pump, put many more test miles on the car and be even better prepared for next year. I’ve already been assured that the car will be welcome at the 2017 Mille Miglia. As the only known 1929 Itala Tipo 61 roadster, it’s sure to be a crowd favorite.